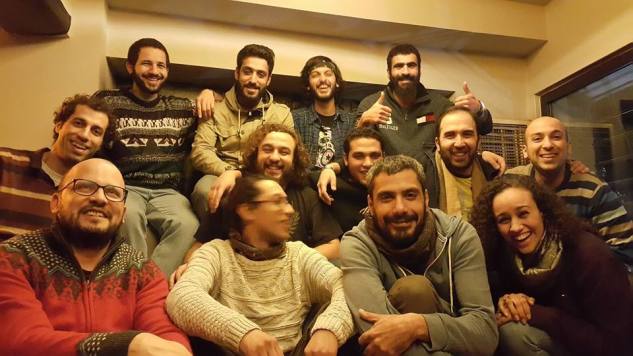 Installation at The Wall by the Jordanian designer Onur Lambaz 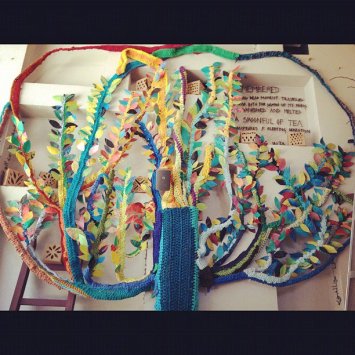 Another installation at The Wall by Onur Lambaz 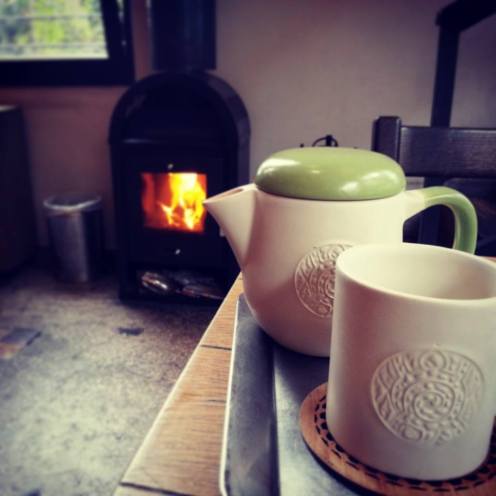 Last September, Amman Design Week gathered more than 100 designers to display their work and share their knowledge and experience in a first-of-a-kind-event taking place in three major locations downtown Amman. Turtle Green Tea Bar was among the local and international innovative designers occupying the spaces at Raghadan Bus Station. Mohammad Badran, whose name and figure came across my way more than once, shared the story of Turtle Green and the revolution that the tea bar is achieving through their shop in Rainbow Street and selected coffee shops and restaurants around the capital.

Badran and his friends had an idea of starting a theater café combining cultural and theater performances in a unique cafe-like setup. The team dropped the idea due to operational reasons they faced and decided to turn the theater café into Amman’s first tea bar. “We noticed the gap in the market: coffee shops and restaurants offered their customers commercial brands that you find on supermarkets’ shelves. Unlike coffee, tea was underestimated in Jordan; coffee was freshly toasted and brewed while tea selection was offered from a wooden tea box with a hot cup of water,” says Badran. 2010 Turtle Green Tea Bar started its operation offering selection of their signature infused teas, snacks and desserts from a simple menu that was refreshed seasonally.

“The beginning of the operation was great, then we struggled,” says Badran. The idea of the bar was diluted slowly as investors opened their eyes on Rainbow Street and stated to turn the once cozy location into a busy commercial avenue filled with spiritless cafes and restaurants. “We wanted to expand our operation and attract more customers to keep up with the storm, but it was impossible!” The focus for growing the tea bar, strengthen its presence and regaining its lost glory took a detour from the surroundings when the owners decided to invest in their product rather than investing in walls and interiors. “We shifted our efforts to focus on the product that the bar was all about: tea blends.”

To create a tea revolution and a different tea experience, Turtle Green team started looking on where to source their basic ingredients. “Our supply of tealeaves originate from various countries: Indian black tea, Japanese green tea and a Chinese Oolong,” explains Badran. “We studied each country’s tea characteristics and decided to import our teas accordingly.” Badran’s background in nutrition was a great asset for the team when it came down to creating the blends that the tea bar is now famous for. “We searched locally for organic and traditional ingredients to infuse our base teas with. We were surprised by the variety of blends that we can come up with, and we quickly decided to adopt the idea stamping Turtle Green with its own signature tea blends.” 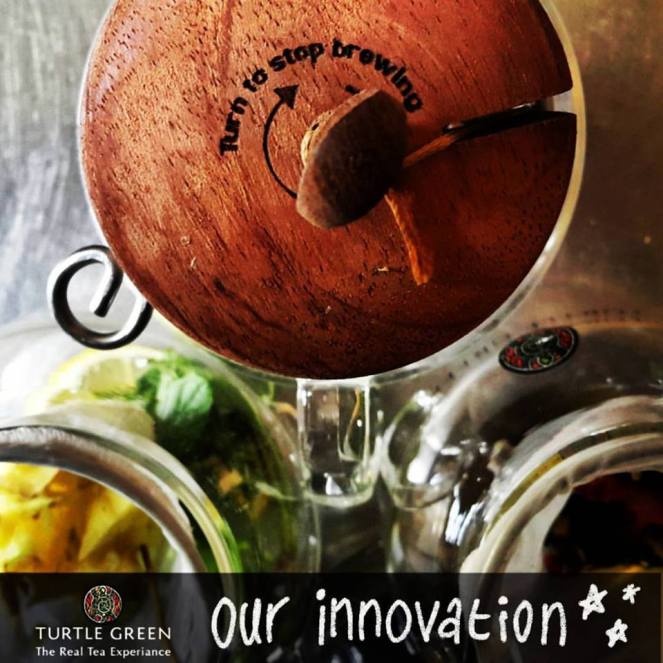 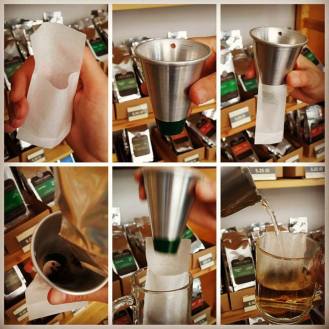 Tea blends are not what distinguished Turtle Green as market leaders, but being innovative with their production techniques, tea serving utensils and teapots placed them ahead of the game. “Tea should be brewed for a certain amount of time, after which its smell, taste and properties start to change. We have locally designed Dozan teapot with the tea infuser attached to the lid of the pot. Once the recommended brewing time has elapsed, a small nob on the top of the lid can be turned to lift the infuser bag above the water level,” explains Badran. The alternative design that replaced the French tea presser the bar used previously enhanced the brewing process and ensured an easy to use and a mess-free experience. Another patented accessory that the team created is a lined measuring funnel that replaced measuring spoons. “Using this piece of equipment, we ensure a consistent tea experience, whether at cafes and restaurants or at the comfort of your home.” 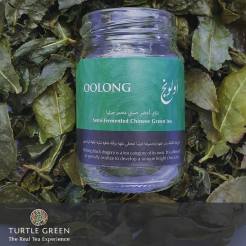 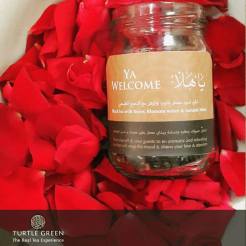 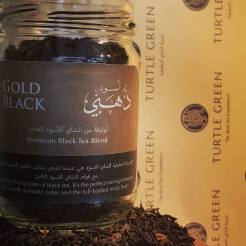 Designing an ‘interactive’ tea menu added a different dimension to the tea experience. “The idea is very simple: a wooden display of old-fashioned style jars that are filled with our tea blends. This way, customers are able to involve their olfactory receptors (smell) before choosing their favorite,” explains Badran. The label design on the jars was an authentic yet a very courageous branding approach. Each tea blend is defined with a distinctive label color while its Arabic name is associated with a unique Arabic calligraphy that reflects the character of the tea. 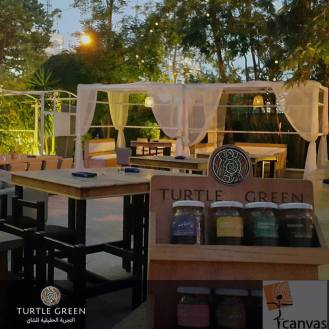 Serving their signature tea at Canvas during Ramadan 2016

With the hard work and extensive efforts that the team is placing, Turtle Green is building a promising future, as more people are willing to be part of the tea culture they are leading.