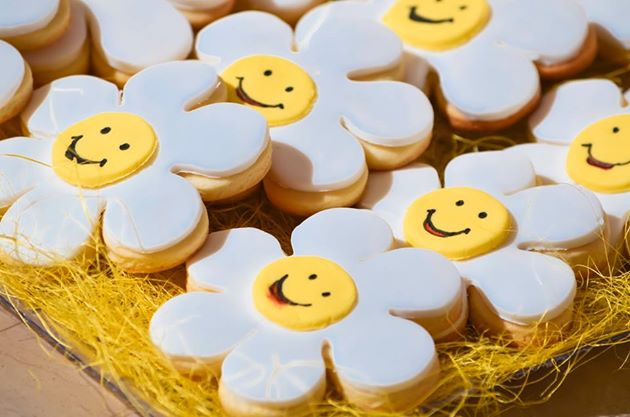 Just as every story of a chef’s journey exploring the culinary world has a twist and an unexpected detour, chef Amani Al-Sallaq’s journey isn’t that any different. We have been planning to meet her for so long and we have been fortunate that she was able to squeeze a meeting into her busy schedule. The housewife, the mother of two and the creative chef she is made our meeting even more interesting and full of unusual surprises. Her story is worth telling, for her passion, dedication and her hard work and efforts she puts in every piece of her heavenly pastry items that she is famous for.

During her five-years of work as a quality assurance and a technical writer at one of the companies serving the ICT sector, chef Amani’s dream was to be part of the institute that she saw on daily basis on her way back home. “ It has been always my dream to be part of the Royal Academy of Culinary Arts. I used to tell my kids to pray for me to be a student at that institute.” Her decision to apply for the Academy was unexpected at all. “It was a total shock for everyone, my family, my friends and even my work colleagues.” chef Amani added. Enrolling at the Academy was a challenging stage for her. She had undertaken several tests in addition to an interview with the directors of the Academy to qualify her based on several factors. “I have been away from books for five years, I am a housewife and was a mother of one by that time. I did not know what being a student at a Swiss-managed academy would actually look like.”  With her husband by her side to support her in her long-life dream, chef Amani has successfully fulfilled all the criteria and was enrolled at the Academy by September 2010.

“I pushed myself to the limit during the first year at the Academy! The pressure was tremendous; long hours at the Academy, the exams and projects, raising the kids and looking after the house. I was not quite sure if I was ever going to make it.” chef Amani explained. But her determination was unexceptional! With the first year coming to an end, chef Amani was among the best students at the academy with her theoretical and practical performances. “I was very satisfied with the outcome of the first year, but I had to take a break!”  It was not an easy decision! 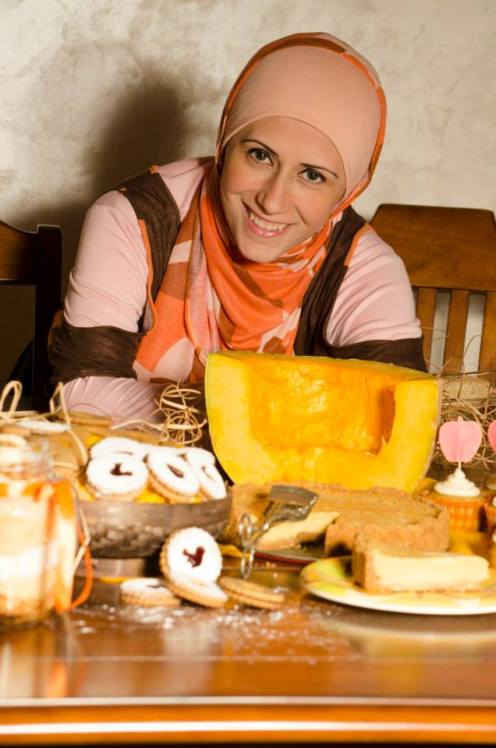 For the chef, it seems like her long-life dream has come to an end.

After finishing the 1-year culinary course at the Academy, chef Amnai has stated her own food ventures. From being a part-time instructor at a cookery club for two of Amman private schools, private cooking classes to even venturing in the catering business with her specialty desserts items and her signature cookies. “I did not imagine that I will be providing the biggest names in Jordan with my signature cookies!” Her eyes sparkled when she mentioned that she has served Michelin (the tires supplier) with a 1000 hand drawn cookies of their famous logo and for JazeeraTech Dubai office. “ The past two years where quite busy with cookie making! I catered for King Hussein Cancer Center (KHCC) for their mother’s day celebration and for the National Day of France with other smaller projects on the side for Adha, Easter and Christmas holidays,” added the chef.

Beginning of September 2013, chef Amani registered back at the Academy to continue her education and gain her 2-years Diploma in Culinary Arts. She has recently finished her second internship at Grand Hyatt Amman, the same five starts hotel where she did her first internship. After the graduation to happen this September, chef Amani is to keep her cookie making on the go and increase her database of customers. Her cooking classes and cookery clubs to be re-established after almost one year of discontinuation, where she aims to help the housewife to cook restaurant-style food at the comfort of their own kitchens.