The time difference between Amman and Bali did not stop us from interviewing the award winning chef, Chef Selma AbuAlia. We were very happy that Chef Selma allowed us to talk to her over skype, despite her very busy schedule. For a talented chef like herself, it was not easy gaining the professionalism that brought her towards her ultimate dream. Her education and career path are an exciting consolation to the hard work and effort she has put into achieving her goal today; as the executive chef at Jenja Restaurant & Bar Club – Bali, Indonesia.

“Having a Bachelor degree in languages was not what I was really seeking in life. I felt that I was moving in the wrong direction!” Chef Selma said. She had successfully graduated in 2009 and secured a job as a sales manager at one of the finest jewelry stores in Amman. “I remember having a very busy day. I was interning at Sheraton Hotel Amman for six continuous hours starting 7:00 am till 1:00 pm, then heading to the showroom for the rest of my day.” chef Selma added. Her long life dream to be part of the culinary industry didn’t come into play until she was accepted at the Royal Academy of Culinary Arts in 2010. During that period, chef Selma was able to develop her palate for food and enrich her creativity while working with unfamiliar ingredients and experiencing flavors from around the world. She explains how she inherited her father’s skills of taste and smell and her mother’s passion for cooking and how her culinary education helped her to create her own culinary character. 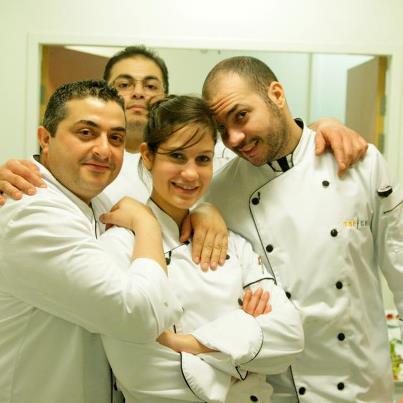 Chef Selma’s practical and hands-on experience started before she joined the Academy and continued to enhance during that period. She was an intern at the Academy itself and Movenpick Hotel & Resort- Tala Bay, Aqaba. Even during her graduating semester, chef Selma was able to not only work at the Academy but also extend additional hours at one of Amman’s finest restaurants, Vinaigrette by ATICO group. “It was very stressful, challenging and very tiring but after all, I was achieving my dream.” Chef Selma was definitely achieving her dream, because what happened next in her career was not expected at all, but was very welcomed and only proved she was in fact on the right path! With the very humble experience in her pocket, chef Selma was selected among professional chefs from the MENA region to be part of Top Chef, Middle East version. “I was scared at the beginning. I was going to cook and create dishes to compete with chefs that have more than 10 years of experience, and that was terrifying!” Throughout the competition, Chef Selma was able to implement her own style in cooking and she ‘created herself on a plate’ allowing her to be entitled to Top Chef Middle East. “I was taking risks throughout the competition, and that motivated me and pushed me to give the best I could.” She added.

Last year, chef Selma created the first interactive cooking experience in Amman. Hosted by Grand Hyatt Hotel. Chef Selma’s Table was running for two consecutive months, with a special seven-course menu for Valentine’s Day dinner. “I wanted people to know that cooking is a fun and exciting experience, we cooked together nontraditional dishes such as tuna tartar, chicken tagine and kunafih in a jar, which was of course the best part, everybody loved it!” Under the umbrella of Chef Selma’s Table, she catered for special and private events and held cooking classes around Amman. Her commitment for continuing education, reading books and watching cooking shows, acceptance to be exposed to food cultures and her passion to know the science and history of food was the key that opened up the doors for her next adventure: Bali!

“I was not sure of the next move that I was about to do. Moving to Bali is a big step.” Chef Selma said. With all what was going on her mind, she finally accepted the invitation to be a guest chef at Chapung Sebali Resort & Spa. Two months later, a new chapter had started in chef Selma’s life as she was appointed the executive chef at Jenja Restaurant & Bar Club located in TS Suits Hotel, Seminyak. “We were two months away from the opening day of Jenja. We had to create everything from scratch, from setting the restaurant’s cuisine, menu and recipes to choosing the tableware, silverware and glassware. There was too much to do in such a short period!” All this hard work in addition to the efforts of the other 18 members in chef Selma’s team, Jenja was successfully opened in April this year. The restaurant’s unique dishes combine the flavors of Asia and Middle East, bringing both cuisines to a middle ground. “It’s just soul food!”

Chef Selma is to continue her successful career in Bali for the time being, hoping one day to come back to her homeland and help initiate the culinary revolution not just in Jordan, but throughout the region. 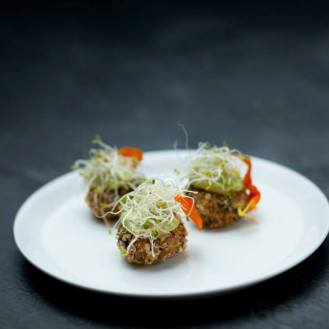